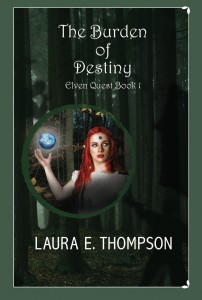 Humans are “primitive, unintelligent, and highly emotional.” Luckily that’s only half of Isobel’s problem…

Dark beasts and terror are coming. Isobel is warned that only her special instincts and abilities can save her villagers from extinction caused by evil creatures called the Carachi, possibly sent by her mother’s killer. To save her people and preserve her safe realm, Isobel must cross the bridge from her childish mind to reality and accept that she cannot escape her destiny.

Legends are steeped in truth and there is much to learn about the secrets of the realm in which Isobel lives. Isobel must now leave her childhood home in Greenhill to forge new bonds with an ancient race that has been hidden for centuries, and try to persuade them to emerge once again and fight for her people. If successful, Isobel could confront her mother’s killer…

…But, if she fails, the realm could fall into darkness forever.

Full of adventure, The Burden of Destiny follows a young heroine’s quest to find her place and save her people. It will inspire readers by addressing the meaning of trust, duty, loss, love, and the importance of preserving the world in which we all belong. 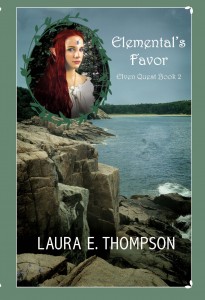 Madeara’s dark forces are drawing near. Isobel’s magic is stronger than ever but she hasn’t proven herself worthy of the elemental’s support yet. With Mauve injured and alliances shaky, Isobel is beginning to doubt if she will ever fulfill her destiny and prevail over the evil Madeara.

The enchanting journey continues with book two of Elven Quest: Elemental’s Favor, as we follow our young heroine Isobel and her band of irreplaceable companions. They will face new challenges, encounter new magic and learn more about each other and the elements that surround them. The group travels toward Undrean in an attempt to put an end to the evil Madeara, who plans to plunge the realm into darkness and misery. 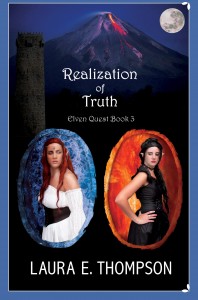 After surviving her sister’s attempt on her life, Isobel has set sail with her family and friends headed south to Undrean to face Madeara’s dark force army. First, she and her companions must survive the trip, which will not be easy with Madeara sending attackers and blocking her path. Isobel has support and allies waiting for her in Undrean, if she can only get there.

Book three of Elven Quest: Realization of Truth, is an exciting, climatic end of the journey, full of endearing moments with familiar faces. Isobel must unravel hidden truths and attempt to gain the trust of the remaining Elementals. She will not have any hope of beating her sister and her forces without them.

Finally, readers will experience the last in-person confrontation between Isobel and Madeara and will find out why Madeara has committed her terrible crimes. The question is, whose magic is strong enough to defeat the other?