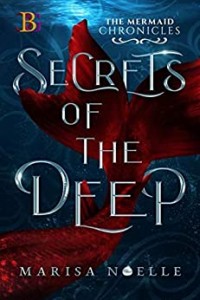 The Mermaid Chronicles: Secrets of the Deep – YA, fantasy, paranormal, romance

Cordelia Blue is afraid of water.

Cordelia is also a mermaid.

It’s been five years since she lost half her family to the ocean, and as the anniversary of their death approaches, Cordelia is determined to conquer her fear. But when she learns of her mermaid ancestry and all the devastating secrets the ocean brings, she no longer knows who she can trust.

Entrusted with a magical relic, she must keep it away from an opposing race, the selachii, and their nefarious intentions. When she discovers that her boyfriend is one of these mysterious shape-shifters, Cordelia is forced to choose between love and race.

Cordelia doubts her every decision and the intentions of those around her. Trusting her heart will lead to a path of betrayal, but she might just get her family back. If she chooses her head, the mermaids may stay cursed to remain in the ocean forever. 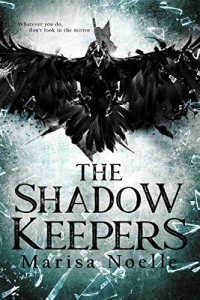 Sixteen-year-old Georgia Boone has seen the shadow creatures in mirrors and other reflective surfaces since she was six-years-old. But no one–not even her brother, the person she’s closest to in the entire world–believes her. She is all alone in the hellish world where crow-like creatures hunt her everywhere she goes

When an afternoon of shopping ends in violence and blood, Georgia is sent to the UK’s most prestigious mental health hospital: Brookwood Hospital. There, she’s forced to face her fears and answer the question:

Are the shadows real, or is this all in her head?

At Brookwood, the shadow creatures are more present than ever. Each day they grow stronger. With the help of a mysterious boy who lives inside the mirror world, she might be able to prove that she’s not hallucinating and stop the shadows from destroying the human world. 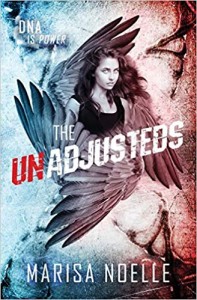