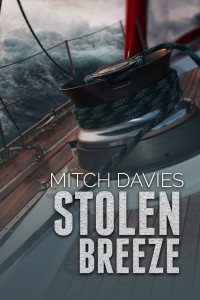 If you don’t know you’re committing a crime, are you innocent?

All Ben Beck wants is to start over with a new opportunity. So when a millionaire business man offers him a position as a crew member on his yacht, Ben decides to throw himself in the middle of the ocean with a confusing group of strangers.

So what if he’s never sailed before, the job opportunities in his home town didn’t offer Hawaii and Tahiti. How could he pass up an offer that did?

Sailing to exotic locales as a crew member of the luxury yacht, Aurawind, and catering to rich clients willing to pay for a taste of Polynesia, sounded like a dream job, an unexpected windfall experience.

The gleam of sailing to the sun of the southern seas on a shining new yacht blinds his view of what lies ahead.

Not all the members of the operation carry the same glossy hope for the venture. The captain thinks Ben is going to be too much to handle; the other sailor in the crew gives Ben the creeps. After a confusing start to the journey, loaded with misinformation, Ben can’t help but wonder if the other members of his crew are friends or enemies. Maybe it’s time Ben had second thoughts.

No level of smooth sailing could prepare him for being attacked or having a gun pointed in his direction. From the idyllic life of charter sailing and Polynesian island hopping, to a life and death struggle on a tilting yacht deck at night, Ben navigates in hopes of salvaging his dream.

Will the crew, the sea, or the wind shred Ben’s canvas? 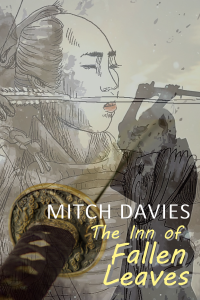 In the turmoil of Japan, before the banishment of the samurai class, a disillusioned samurai, Itashima Chobei, is confronted by Akiyama, a samurai on a mysterious errand for his powerful leader. Their conflicted worlds lead to a battle of wits, ego and pursuit. In the middle is a beautiful woman, Miyo, attached to one, coveted by the other.

Cho, after having been forced by his clan to perform atrocities, works as a yojimbo and handyman for a second-tier inn along the Nakasendo Highway. Akiyama is a samurai from Mito province who is loyal to his clan. When Akiyama’s Daimyo Lord is forced to stay at the inn, improvements must be made, and the Mito samurai demands that the inn make those changes according to the Mito Leader’s requirements.

After a failed assassination attempt against the leader of Japan, Akiyama and Miyo disappear. Cho, believing that Miyo has chosen to live with a samurai of higher status, pursues them, determined that Miyo know the truth about the man with whom she’s disappeared.

Cho and a young samurai companion, Kensei, travel the length and breadth of Japan’s highways for a year in search of the couple. They separate for personal reasons, but reunite at the inn another year later where Cho learns the truth of Miyo’s departure and her life with Akiyama. Does he owe it to himself or to Japan to find Akiyama and punish him for what he’s done? 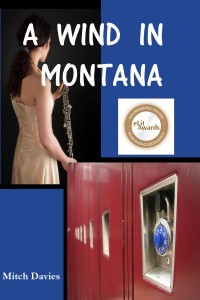 Enjoy the ride through High School with Rory and Victoria. Changes are coming. First Rory drops out of the school band and basketball programs in order to pursue a prestigious chemistry scholarship. Then they start a relationship and Victoria begins to consider alternatives to the music career she is being groomed for.

Responsibility ambushes Rory Coleman. His parent’s lack of interest and his teacher’s intention to have him follow their agendas force him to take control of his future. Rory chooses a path he knows is right for him and he applies for a chemistry scholarship. When his disgruntled former music teacher, tries to prevent him from receiving the scholarship, Rory has to fight even harder to prove he’s the right candidate.

While Rory fights for his chosen future, his new girlfriend, Victoria Beach, is being forced into a musical career by her parents and the same disgruntled music teacher. She thinks she may be restricting her options by not looking at other possibilities for her future. Possibilities that fly in the face of those who think they are looking out for her best interests.

Rory and Victoria work toward building their own future. Hoping to choose without the interference of the adults in their lives; Learning the process that introduces them to the isolation of deciding for one’s self.