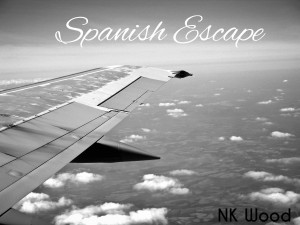 What if the person who finds you is worse than the person you are running from?

During the worst night of Lexi’s life so far she witnesses what she believes to be the murder of her boyfriend Jack and runs in fear of her own life.

Soon after naïve Lexi meets Mikel Hernandez and thinks she has found the man of her dreams, and the answer to all of her problems – but is he really as good as he seems?

With Mikel’s enemies out for revenge, and Lexi’s past not quite as dead and buried as she thought, Spanish Escape is a stark reminder to be careful what you wish for and that the grass isn’t always greener on the other side!