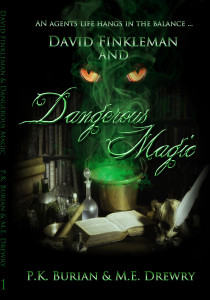 Welcome to Olympia, home of magical secrets, dangerous magic, mystical creatures, and the extraordinary people able to fight them!

David gets recruited by his grandfather, an FBI, Special Units agent to investigate a current case and his missing partner, fellow agent, Tom Stevens. A powerful wizard is circulating a deadly drug that’s turning high school into hideous, blood-sucking Chupacabras! His target: the football players at David’s high school, the very ones who bully him!

David’s in over his head. But as he delves deeper into the case, he realizes he must solve it quickly before Tom gets murdered and David’s brother, Henry gets turned into one. David promises Tom’s beautiful daughter, Sabrina, to find and save her father. He intends to keep his promise to her no matter what it takes! 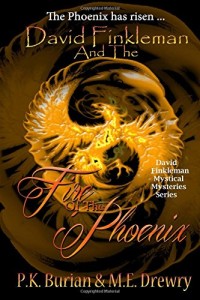 David Finkleman and Sabrina Stevens must find the phoenix before an evil wizard, Monti Jones, gets his greedy hands on it. But Monti has plans of his own to get rid of them. He uses magical pills when mixed with water create monsters that want to kill David and Sabrina! Plus, David’s brother, Henry is under a love spell, placed on him by the lead cheerleader, Mandy Peyton and her warlock father, Paul. Despite David’s pleas, Mandy makes it clear she has no intention of giving Henry up without a fight. With David’s grandfather still recovering from his heart attack, David and Sabrina are on their own. Their relationship is strained because David took Kayla Peyton to the Homecoming dance instead of Sabrina, and this case keeps David returning to the Peyton’s house and to Kayla for help! Henry has so much at stake: his high grade-point average, starting quarterback position on the football team, his ranking in the nation as a quarterback, the football scouts looking at him from Division I universities, and all the years of studies and training, preparing for this moment. Can David save his brother from becoming Mandy’s love zombie before he loses everything? The phoenix has risen, but can David’s magic and Sabrina’s ability to talk to animals save this magical bird before it becomes a myth once again? 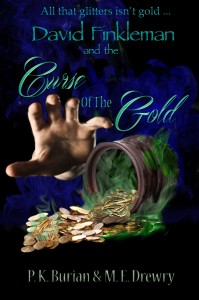 All that glitters isn’t gold! Be careful what you wish for, because it might come true. David Finkleman finds out what that saying means when he stumbles upon a leprechaun’s pot of gold, while collecting herbs Gramps. The pot is filled with wishes, and a cursed barrette and comb that belongs to the Sidhe. David unwittingly gives the barrette to his girlfriend, Sabrina, dooming her to slowly change into a Sidhe, and betrothing her to the Prince of the Sidhe! His brother, Henry steals the hair comb, making him so vain he can’t concentrate on anything but his handsome face. Can David save two people he loves before their lives change forever? And when he needs his father’s help what will his dad do? With a pot of coins will David’s wishes make his life better or chaos? Join David, Sabrina, Henry, Gramps, Hoss, and the rest for another adventure in the Curse of the Gold.