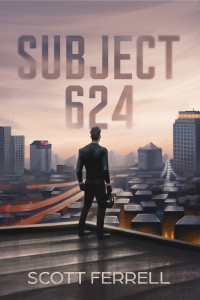 After developing enhanced physical abilities, sixteen-year-old Conor Ferguson does what any teenager would do. He prowls the streets at night fighting crime.

Salt Lake City isn’t exactly a hotbed for crime, though, so Conor’s concern grows when he notices a sharp upturn in muggings and assaults. To make things worse, the perpetrators all seem to be teens around his age.

As the nighttime mayhem and havoc spills over to broad daylight, overwhelming the police and plunging residents into a panic, the National Guard moves in to quarantine the city. Conor isn’t content to sit back and let the city tear itself down from the inside out, but things get personal when his family goes missing.

With the help of his friends, Nathen and Carina, Conor must fight increasingly violent and mutating teens to save his family and the city, but can he fight the demons rising up in him?

Subject 624 twists up the superhero genre by blending in doses of horror, science, and humor, creating a unique and wild ride for readers. 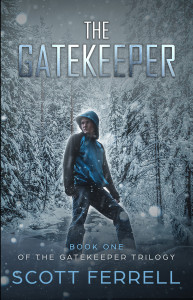 What if there’s more to a city’s name than anybody ever imagined?

What if there’s more to a boy than he ever imagined?

Three years after his parents’ car accident left his father dead and his mother with severe brain damage, fifteen-year-old Gaige Porter still battles with the after effects. His temper is short, his friends are few, and he struggles to find his place in the world as everything he thinks matters to him falls apart.

Just as his life hits a new low, Seanna Bryant, steps from his dreams (literally) and into his life. With promises of help for his mom and finding meaning for his life, she lures him into a gateway that transports him to another world. On this new world, along with his friend, Aoife Connelly, Giage must follow Seanna on an adventure to find himself.

With large, bull-like monsters hot on their heels, if Gaige and his friends are to survive the journey, they must face new creatures unlike anything on Earth and overcome dangers that threaten their lives around every corner. Along the way, he must learn to trust and find out what it means to be the Gatekeeper.

THE GATEKEEPER is a novel that crosses two worlds and explores the depths of what it means to be a hero and a friend.