Posted Apr 27 2015 by TheButler in Interviews with 0 Comments 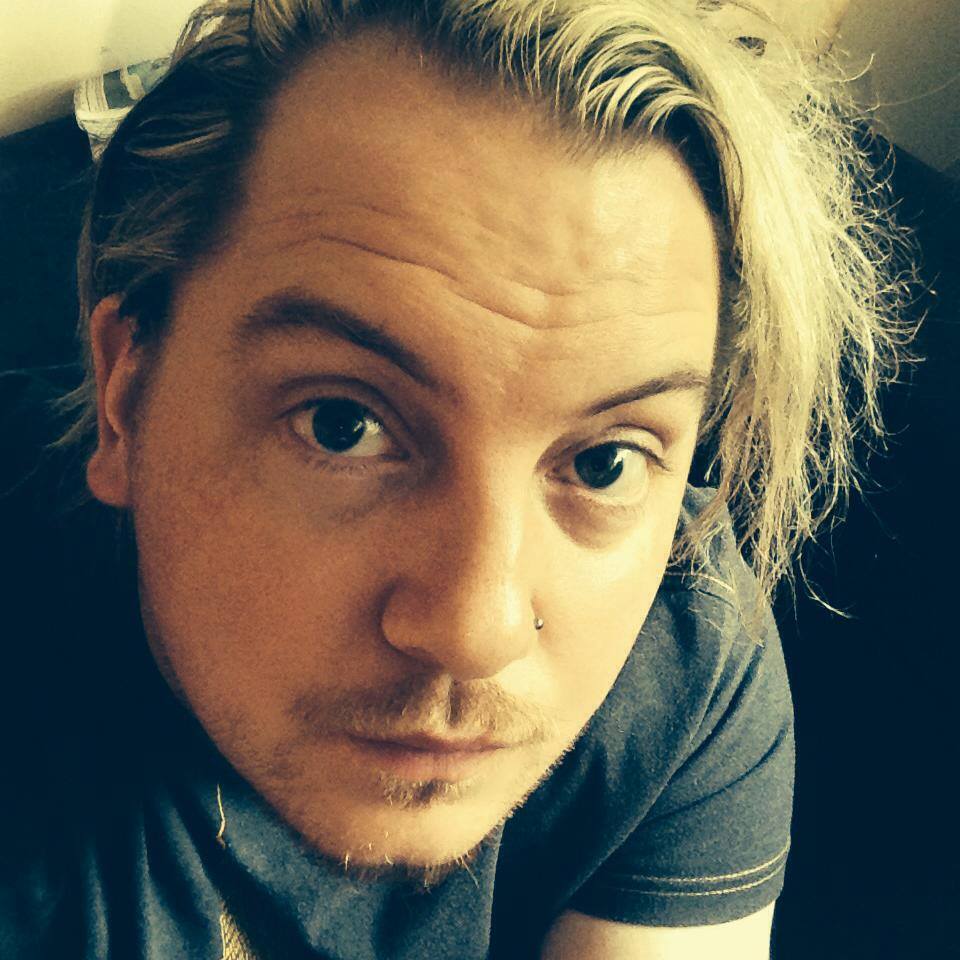 Hey, I’m Andi James Chamberlain. I have been writing fiction since I was 12yrs old, however it only really became serious when I hit college and turned 19, where I started writing for a few blogs and music and film websites, contributing reviews and articles on bands and film-makers. Since then it has been something I have done for my own benefit and entertainment, writing blogs and short stories based on title provided by friends, etc. Before I completed a short story collection of 31 short stories and prose over 31 days in August of 2014 – and then my debut book “ONE MAN AND HIS DOGMA” in February of this year, which is a 150+ thousand word book coming out in July/August of this year.

Mostly at home, I have a desktop Mac I do most of my writing on, however occasionally I need to get out and amongst people in which case I write in my local Starbucks as I get on well with the staff, and it’s always nice and cool and relaxed, or, my local cinema The Stratford Upon Avon Picturehouse, where I can spend hours lost in words and stories and surrounded by amazing people.

Tea. Copious amounts of teabags, a kettle that is always full and ready to be boiled. A pencil or fineliner with scrap paper and bluetac, as I often stick random notes and reminders all around my desk to prompt later developing plot points or ideas.

Most importantly, I need music on headphones, so I can cut out the outside world and disappear into the world at my fingertips.
The soundtrack is key.

Joe Haldeman’s “FOREVER WAR” and John Sladek’s “TIK TOK” are my two favourite books of all time, I read Tik Tok once a year and it just makes literature look easy, the writing is so funny and breezy and the character of Tik Tok is just so well written, it spurs me on to make characters so real and yet so fantastical.

Neil Gaiman and Terry Pratchett’s “GOOD OMENS” was an amazing and startling wake-up call for fantasy writing for me, I love Neil Gaiman’s writing, so poetic and fresh, his description of things is beautiful and detailed, but never over wordy.
His work has really influenced my own and always will inform my decision making.

Stephen King is a writer who does location and world building better than anyone else. If you read a book like “UNDER THE DOME” within fifty pages you know the world so well, your mind is mapping and building a cartography of the land, so as you read, you navigate the world in your own head, he is the master of this.
More so I think than with his use and description of horror.

Having a vocal and critical circle of readers. My friends know I thrive on feedback, and so anyone reading my work always feel honest and engaged in giving me their opinion.
That and knowing that it is a medium built around taste, so many tastes, so many flavours. Knowing there is no “Right” and “Wrong” empowers you as a writer to push on and be fearless.

Always take the feedback, and be prepared and not scared to fight for your creation. If you take feedback – be ready to know when to accept and be quiet, and when to push back and defend a decision.

Be open, be earnest, be prepared to sacrifice.
However, if you know that something an editor points out early is to inform a later point or plot or character, be ready to be eloquent as to why you want to keep it.
The editor is also your friend, they are subjecting themselves to a book in its rawest form, they are to experience this in a way even some writers will never experience it. Emotionless and cold to the trials and tribulations, so they have a free and clear perception of the story YOU as the writer do not have the luxury of having.

The editor is your best friend, not your worst enemy.
Trust them.

With my first novel I had a friend who loves the fantasy and urban fantasy genre read it in its unedited form, his feedback and his reaction made me happier than I have ever been knowing I have achieved something worthwhile, all the time, and the effort and energy were worth it.

Ask them hard questions, ask them for honesty, and talk with them about the things you are unsure of  – as they will give you the answer you either hope for or the one you feared and ignored.
Either way – these things are where we learn to be better.

The same as above.
I’d rather ask why and where they were bored and what they would have done, as it helps to understand if I am veering into cliche or silliness, or if the writing is as I intended it.
Criticism is often borne of frustration or boredom.
These are to be listened to and appreciated, so as to better eliminate them from your work later.

Everything you have in your head is important. To begin with…
Learn to bullet point the story, plot each sub-chapter, use a roadmap… It’s fine to veer off-road sometimes, but sticking to the main roads to move from A to B is the key to fast writing. Not getting stuck and allowing your story to flow fast and easy.

A second novel is already on the cards; I have several ideas percolating. Also writing some comic books and some more short stories, and a children’s book with the story re-written again as a Young Adult novel and re-written again as a full-length novel… So every age group can enjoy the tale.
This is my next project I think.

Initially, it was how to distill the – admittedly – fantastical premise into a clear picture, and when this did not work I looked at the covers of some of my favourite authors. Chuck Palahniuk and Adam Roberts, for instance. And I realised that more often than not giving the whole story away in a bold and clear illustration works, the cover should be a bluff for the reader, it should give away everything and nothing at all.

I approached my novels cover like the opening scene from Christopher Nolan’s film “THE PRESTIGE” – where the first thing we see is the biggest reveal of the film, but it means nothing without context.
That image and idea have stayed with me always.
Like a poker player teasing and playing with the other players.
A cover should be bold, brazen and – like a good record sleeve – beautiful.

I read all the time, often multiple things at once.
Recently I am reading Stephen King’s DARK TOWER series – which is great, dense and full of idea and meaty characters. But I love graphic novels and comics like Walking Dead – Sprawling stories with so much plot and years of back-story and characterisation built from ruthless writing. Warren Ellis is a favourite writer for his ability to go from tech-heavy futurism based in real life to writing blogs that are part recipe, part memoir and part critique of a product or person.
A varied diet of books and blogs and news is absolutely key to informing my stories.

Read everything.
Menus, newspapers, magazine, instructions, food labels…
You never know where the next idea will come from!

Thanks for taking the time to answer our questions. Best of luck in the future, Andi.