Posted Feb 4 2021 by TheButler in Interviews with 2 Comments 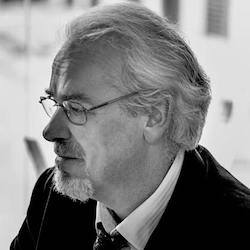 Bob Stone: I’m Bob Stone, and in my day job I own a bookshop called Write Blend near Liverpool. It’s a cover, really, because when customers see me working at my desk, I’m usually writing. I wrote a Young Adult fantasy trilogy (Missing Beat, Beat Surrender and Perfect Beat) and last December my first picture book for younger readers, Faith’s Fairy House came out. It was illustrated by the amazing Gemma Dolan, and, like the trilogy, was published by Beaten Track Publishing.

BS: If you like dystopian, otherworlds urban fantasy, try my trilogy. If you believe in fairies, try Faith’s Fairy House.

BS: I tend to write in quiet moments in the shop, or early mornings at home. Of course, in the last year, I’ve had rather more time to write at home while the shop has been shut. Our house is a bit too small to have a dedicated office space, so I write wherever I can. 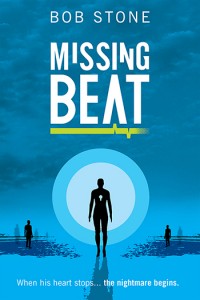 BS: Just my trusty laptop and plenty of coffee. My cat is of the opinion that I also need her to sit on the keyboard, but we tend to disagree on that one.

BS: My Young Adult books have been compared favourably to Stephen King, and his character-driven books have certainly influenced me. My eyes were opened to the possibilities of Young Adult fiction by authors such as Kathryn Evans, Sue Wallman, Sophie Anderson and A.M.Dassu, whose books showed me that Young Adult fiction is really only defined by the age of the protagonist and that Young Adult is actually the start of the target age range and not the end. The inspiration for Faith’s Fairy House was seeing Gemma’s phenomenal artwork, thinking it needed to be more widely seen and remembering a story I once wrote, which just fitted the bill.

BS: I’m very lucky in owning a bookshop, because I get to see so many wonderful books that make me want to be better. Meeting and talking to other authors has helped me most, though. It’s enormously reassuring to hear that everyone who writes is as insecure and riddled with self-doubt as I am. Learning how they overcome that has also given me tips about how to deal with the ever-prevalent Imposter Syndrome that gets us all from time to time. Probably the most important thing for me, though, has been working with my incredible editor, Debbie McGowan at Beaten Track, who gave me the confidence to believe that maybe other people might like to read my books, and who has helped me weed out all the unnecessary and annoying phrases with which I unwittingly fill my work!

BS: I’ve loved writing since I was a small child but never really expected to achieve anything with it. It was always my thing, the thing I did for fun and for my own satisfaction. I never really expected to be published or see books with my name on them being displayed in a bookshop window. The buzz I felt when I opened the first box of my own books will always stay with me, and if I never achieve anything else, that moment was beyond price. Faith’s Fairy House is a slightly different matter. I’d love Gemma’s artwork to reach a wider audience, because she is a huge talent and deserves to pick up more commissions from it. 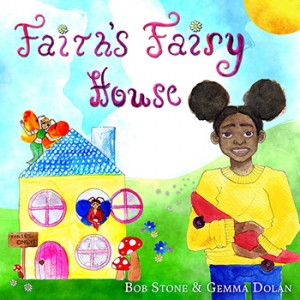 BS: The Missing Beat trilogy was quite well received and I was delighted to see it enjoyed and reviewed by authors I admire. My favourite review, however, was for Faith’s Fairy House, from a very young reader who said she liked it “because it had fairies and I love fairies and I believe in fairies. It had kindness and it had honesty.” I’m not sure I’ll ever get a more touching review than that.

BS: I am one of those writers who doesn’t sit down and plot books out carefully with flow charts and post-it notes, but makes it up as he goes. That wasn’t so bad when it came to writing one book, but when it was clear that it was going to turn into a trilogy, it became rather more complicated. I described the process of tying up all the loose ends as trying to “reknit a sweater that has been eaten by a goat” and made the editing process harder than perhaps it should have been. The plot strands that were supposed to go somewhere and didn’t started to jump out of the page at me and I had to do a fair amount of backtracking to make it look like I knew what I was doing all along.

BS: I read lots, write plenty but rewrite more, and talk to other authors.

BS: I have it, I think. You have to understand that your editor isn’t trying to tear your carefully-crafted book to bits, but is trying to work with you to make it better. Once you understand that, and if, like me you have an editor who is very good at it, you get far less precious about your work. Debbie, my editor doesn’t just correct, though, she adds very positive comments and funny remarks. My favourite was “Oh great. You’ve introduced a dog. Now I’m going to be worried about it.” 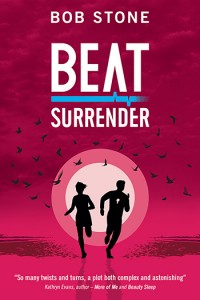 BS: If I met someone who loved my writing, I’d probably be too busy hugging them to say anything very much! If I came across someone who said they hated my work, I’d like to think I could have a reasoned discussion about why, but in all likelihood. I’d mutter “Fair enough” and slink away somewhere to cry.

BS: Write. Write. Write. Then go back and read your work and rewrite. When you’re comfortable, ask someone you trust to have a read, but listen to what they say with an open mind.

BS: At the moment, I really don’t know. I have struggled with my writing through the lockdowns over the last year and have found it difficult to feel very enthusiastic about anything I’ve written. I have various projects in different stages of completion but just need to be patient until the muse starts to nag at me to finish something!

BS: I’ve been very lucky. My good friend, Trevor Howarth, is a brilliant designer and from the vaguest of briefs has produced the most wonderful covers for the Beat trilogy. I gave him a bit of an idea, but what he came back with was far better than I could ever have imagined. For Faith’s Fairy House, we already had Gemma’s glorious pictures, but Debbie put together an amazing cover. It’s great knowing talented people. I’ve got books that look fantastic and haven’t had to do much myself!

BS: I read as often as I can. As a bookseller, it’s one of the best parts of the job. I’ll read any genre, from children’s books to horror and all things in between.

BS: Generally, I’d urge anyone to give smaller, independent publishing houses a try. Find books by authors you’ve never heard of and give them a go. You could do far worse than having a look at the Beaten Track Publishing website for an amazing range of very diverse fiction. One of the best books I’ve read recently has rocketed up to the top of my favourite books of all time list. It’s called The Killing of Tracey Titmass by Estelle Maher and it is glorious. I also loved Erosion by Ruth Estevez and the Golden One trilogy by Hans M.Hirschi. Recent children’s books I have thoroughly enjoyed include Vigilante Tooth Fairt by B.B.Taylor, Voyage of the Sparrowhawk by Natasha Farrant, Boy, Everywhere by A.M.Dassu and A Kind of Spark by Elle McNicholl.

For more on Bob and his writing, please do visit him at: