Posted Nov 29 2017 by TheButler in Interviews with 0 Comments 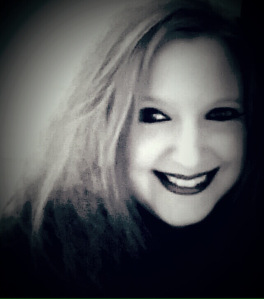 For those that are not already aware of you as an author, can you tell us a little about yourself?

I usually describe myself as a visual artist, writer, and mind-explorer because that sums up my aspects nicely! I have studied philosophy, quantum theory, Jungian psychology and various schools of mysticism, and it is my aim to explore the links between them through my art. Much of my inspiration comes from dreams, memories and unconscious notions, which I weave together in stories as an attempt to forge and communicate new pathways of thought.

Your new release, Fragments of Perception and Other Stories, is described as containing 36 mind-bending stories. Is there a general theme running through the collection?

On the surface, the stories are quite varied: there are sci-fi and technological elements, fantastical figures, and various unusual viewpoints. But what knits them together is that every story holds an idea about psychological growth and the way we understand the mind. In this sense some overlap one another, and I have hidden many ‘Easter egg’ connections for those who wish to find them. I am told that the collection has a surreal, metaphysical feel to it throughout.

What made you decide to put these stories – some of which have appeared before online, and some of which are new – into a collection?

As far as my creative journey is concerned, I like to follow what seems to come intuitively. I always imagined the first thing I published would be a novel, but I had so many short pieces building up around me, desperate for attention! First I made a couple of hand-bound zines with four or five stories in, to help raise funds for a local mental health charity, and then began to share others online. They had a wonderful reception there, so it seemed like the next step to compile and expand the best of them.

Was it hard deciding which made it into the book?

My vision for the collection was that the stories had to read like pieces from different puzzles, that nonetheless fit together to make a whole new picture. It was hard to reject some pieces I loved, but if their mood or message didn’t fit, they had to go. 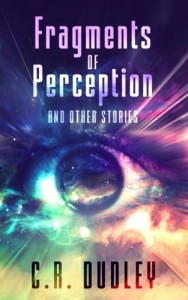 What are the challenges in writing great stories under 1200 words?

I think the key to any good story is affecting a dramatic change in a character, or in the reader. The same applies to flash fiction, but in a more condensed space: there isn’t time for backstory, side plots or long descriptions, so the writer has to select and evoke a few vital elements that hint at the things we don’t say. It can be a challenge to express a strong character identity or surprising twist in the setting in such short stories: they have to really pack a punch.

Are there any stories in the collection that you could ever see yourself expanding into something longer?

I’ve been asked this a few times! One of the reasons I write flash fiction is that I have way more ideas than I can possibly work on in a reasonable timescale, so giving some of them a smaller scope means I can still get them out there. Most of the stories in this book are done and will not be revisited, but there are a couple including All The Madmen, The Reunion Room and the title story Fragments of Perception, that I could imagine becoming something longer in the future. Some aspects are already working their way into my novels.

Do you have a favorite story in the collection?

Now that’s a hard question! They are all meaningful to me in different ways. I have a definite soft spot for Ellipsis – a wistful story about finding uses for lost loves – and The Day I Became a Star, in which a magician’s thought-form is presented as an art installation. I also became quite attached to Oakley, the puzzled observer in We Are Not Angels.

Is there a particular reader that this collection would appeal to?

While I hope most people will get some enjoyment out of my stories, they are really for the thinking reader. Each one has more to it than meets the eye, and there are hidden layers to be understood by those with an interest in philosophy, psychology or mysticism.

Have you received any early feedback from readers?

Yes, I’m so pleased with the way it has been received so far: I’ve had some lovely comments. The format of short, intense bursts seems to be quite popular and I’m told that the stories are sparking off thought processes that stay with readers long after they’ve finished reading. Everyone I’ve spoken to seems to have a different favourite story too, which is great.

What hopes do you have for the book?

As this is the first book I have published, I hope that it will serve as an introduction to my work for readers who are not already familiar with my blog at Orchid’s Lantern.

Which books have influenced you most, both as a person and as an author?

A very big question, as there are so many! I have already mentioned C.G. Jung: his books Archetypes and the Collective Unconscious, Psychology and Alchemy, and Aion have had a huge impact on my worldview. Robert Anton Wilson’s Prometheus Rising would be another, and Nietzsche’s Thus Spoke Zarathustra.

As an author, I think my style has certainly taken influence from Steve Erickson, whose surreal, ‘Avantpop’ style taught me how to use synchronicity and shared motifs between characters to create conjecture. The Sea Came in at Midnight was the first of his I read, when I was in my early teens. Similarly J.G. Ballard, whose novels I have a love-hate relationship with, because he was very skilful at exposing the reader’s unconscious. And lastly, Franz Kafka’s The Trial and The Castle, because I have always been in awe of his ability to evoke disjointed feelings somewhere between ordinary words.

How did you set about the task of creating the enticing cover art?

The cover art was designed by the talented Natasha Snow. I wanted something striking that conveyed thought, emotion and expansion, and I think she did a wonderful job of capturing that.

Thanks for taking the time to answer our questions. Best of luck with Fragments of Perception and Other Stories.

Thank you very much.