Posted Feb 22 2018 by TheButler in Interviews with 0 Comments 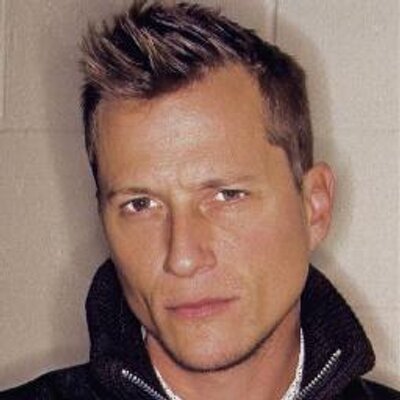 IBB: Tell us a little about yourself.

Corin Nemec: I was born in Littlerock, Arkansas with one older sister and two artists for parents, my mother a graphic artist and father an architect. My sister and I grew up primarily with our mother in Atlanta, Georgia while she worked professionally in the music and theater business. We spent a lot of time backstage at rock concerts meeting musicians and in rows of theater seats watching plays. Our father moved to Los Angeles, California where he went from being an architect to a Production Designer in the film industry, becoming very successful. During this time I was heavily influenced by the hip-hop movement, taking on the break-dancer persona of Kid Cruz and tagging that name around my middle school campus. My mother ended transferring jobs from the Fox Theater in Atlanta to the Pantages Theater in Hollywood, both of which are owned by the Nederlander family. The timing could not have been better as my father had just completed work on the Steven Spielberg produced film The Goonies which was the very movie that inspired me to pursue a career as an actor. We arrived in Hollywood moving into a two bedroom apartment in Studio City, my sister and I sharing a room. Now in eighth grade I was entering my early teens and had quickly made friends with other kids like myself, into hip-hop and graffiti art, only these guys were drawing on a way different level than what I knew of in Atlanta. Not afraid of a steep learning curve I dove headlong into the expression of the streets, the one performed with a can of aerosol infused paint. At that same exact time, I met David VanGorder, a fellow student and actor best known at the time for playing Waldo in the hit MTV music video Hot for Teacher by Van Halen. I joined a kids theater company he was a member of called Center Stage LA, run by Artistic Director Kevin McDermott, an excellent teacher. It was only eight months later that I had not only achieved catching my first tags and doing my first graffiti murals but also signing with my first agent and going on my first auditions.

IBB: What made you decide that you wanted to publish your writing?

CN: I have been a writer and artist since my youth, delving into poetry which evolved into rap lyrics. I was very passionate about hip-hop and was adept at freestyle rapping and written songs. I worked with DJ Speed from NWA when I was 16 then a group with Balthazar Getty and David Arquette called 13th Floor when we were 17, later creating a group called Starship of Foolz with Balthazar, Shane Mooney (son of famed controversial and outspoken comedian Paul Mooney) along with P’Tah and Malik Levi, two other close friends of ours and talent rappers. We even had a development deal with Mowtown out of New York but due to an unforeseen tragedy our deal would not give birth to a record release but did give birth to an album of which I still currently own the reels to. This writing of raps turned into writing screenplays as I grew into my twenties, allowing me to not only enjoy playing characters in other people’s stories but to play in the world of the imaginary and create my own characters and settings. I had always wanted to write an autobiography about my years as a graffiti artist and member of a notorious Hollywood street-gang while in my teens, but felt the story to be impossible to tell as most would never believe what my experience truly was to be real. There is no way, I mean the story is so legendary it just seems outrageous. But a softer fictional story centering around a lead character drawn from myself going through much of what I went through but in a much different way was inspiring. I wrote a pilot script for a story based on my life growing up in North Hollywood as a poor graffiti artist who happened to be friend with some rich kids in the hills and the clashing of those two worlds but set it in Venice Beach in present time. I even shot a small short of some scenes from the script which I think is still floating around out there on youtube somewhere. But after a while, the need to tell the story superseded the need to film the story so I set about adapting the script into a novel.

IBB: Venice High is your debut release. How much of it is autobiographical?

CN: There are a few scenes taken from my real life that are very close to actual events I experienced, but mostly it is a compressed version, a simplified version of what I lived and the world I existed in. The true essence of my life is absolutely all over this story, inside and out, but the truth of my story is even more radical and wild than the one I created.

IBB: You’ve got as many words as you need; tempt a reader to try it out.

CN: People will read what they want to read, I have no desire to force my story on anyone. I was compelled to write this so I could be at peace with a part of my history that has always been a secret, always existed in the shadows of my life. The catharsis is selfishly my own but the book allows a key-hole view into a very secretive and mysterious world that very few will ever know about or experience.

CN: I hated editing my own work, that was the biggest struggle. I have written over 15 scripts and thousands of raps, poetry, and philosophical yammerings, so writing the book was not painstaking, rather it was a lot of fun. So much gets left out in storytelling when writing a screenplay because it is written as a 2-dimensional representation of a three-dimensional story displayed visually so many descriptives are unnecessary when writing. It is much easier to write a script, to be honest, but the exploration of settings and characters was exciting for me. Editing, however, what a nightmare. I look forward to working with someone else who does that for a living on the next one. 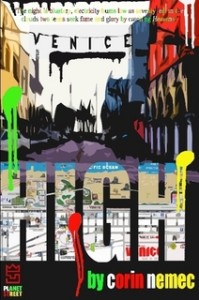 IBB: How did you create such enticing cover art.

CN: I evolved as a graffiti artist into street-art, doing stencil art and poster art which brought me full circle back to what my mom did, graphic design. Much poster art is a combination of hand drawn and graphically designed images which portray the artists style or point of view. When it came to designing the book I wanted it to feel classic, not so obvious with just a few touches of a graffiti-splattered feel but essence remaining an image you would expect to see when reading a beat-generation take of the graffiti scene.

CN: I generally write on my couch these days as my kitchen table is buried under a pile of street-art posters from artists all over the world I work with under the collective umbrella known as The Chosen Few, a graffiti crew I first joined in the 80’s which still exists to this very day and expands worldwide. So I can’t write there anymore.

CN: The only thing I must have when I write is coffee and background noise.

CN: I don’t read much fiction, 98% of the many books I have read are non-fiction, but the fiction books I have read are from the beat generation, like Electric Koolaid Acid Test or On the Road and Fear and Loathing in Las Vegas, all of which have a very loose style to them, a rather unorthodox approach. This I think is somewhat how I approach writing since it is really my best point of reference.

CN: I primarily read books on occult philosophy, revisionist history, some theoretical physics, theological texts, a lot of other boring literature I don’t want to drown you in.

CN: Life experience is by far the most important part of being a writer, the more rich and colorful the better. If you can live it on some level then you can really know it, and if you can know it, you can share it honestly.

CN: I would like to simply share my stories. If they are not to be shared on film I want to share them on paper. I have spent too many years writing in the solitude of my own mind and just want to share these stories with others, and there are a lot of stories to be shared.

CN: Continuing to write is the best way I know to improve my writing. I could likely stand to go back to school and study more about the art of writing but for now, I am just going to have to keep winging it.

CN: Keep writing. Just keep writing. You have to become comfortable telling your stories where no one else can see them or hear them or read them and also be comfortable with the possibility of no one ever reading them or no one ever liking them before you can publish them I think. Because if that is the case then the outcome is not as important as the action.

For more on Corin’s work visit the following links: