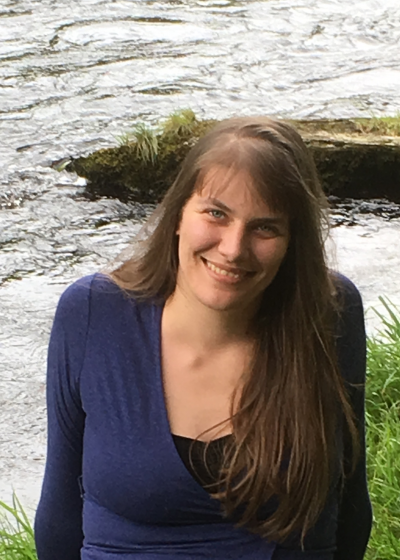 Elizabeth Duffield-Fuller: My name is Elizabeth Duffield-Fuller, I’m an English Literature PhD student at Aberystwyth and a mother of two boys. I’ve previously written a fantasy novel, Remnant, and a short story, The Half-Hanged Witch, which was performed at ElthamReads and the ElthamCultureFest. I also had a children’s book, The Ballad of Barti Ddu, exhibited for charity. I have got a new historical romance novel, The Heir of Drymote coming out soon with Devine Destinies, and another short story, The Harvestman, has been accepted for upcoming publication by Bandit Literary Magazine.

EDF: They focus on strong, active women with well-rounded female friendships and a hint of whimsical magic.

EDF: At home in whichever room is empty at the time. Usually somewhere comfortable, like in an armchair or curled up on the bed.

EDF: My phone or a notepad to jot down ideas for later in the novel (I prefer to write the first draft chronologically) and five minutes peace from the kids.

EDF: When I was a child, my father used to read The Hobbit to me and my brother as a bedtime story. I think that and the Chronicles of Narnia series really began my love of fantasy novels. He also introduced me to Terry Pratchett’s Discworld series when I was a young teenager, which was also really influential as I was growing up. As I went to university, I discovered a love of Victorian fiction (Brontës, Gaskell, later more obscure authors like Oliphant, Yonge and Dinah Craik, whom I am currently doing my PhD on) which definitely influenced my historical novel, as that is set in Victorian England and draws on a lot of the same tropes these authors were playing with.

EDF: Feedback. I make my husband beta read all my stories, long and short, and his constructive criticism always improves my work. Professional editorial feedback is also critical. After a while, you can begin to implement their advice into your first drafts too and it helps you to write more polished prose more instinctively.

EDF: In my fantasy writings, I want to put women’s friendships and female-to-female relationships back into the heart of fantasy novels as active participants of the plot. I also want to be able to create ambiguous books, which make you question what’s happening, without telling you too clearly what to think. In my romance novels, I just want to create feel-good escapism which doesn’t tax you too hard and leaves a smile on your face.

EDF: Nothing formal, but someone once asked me when the sequel to Remnant was coming out and that touched me a lot.

EDF: Receiving rejections can be disheartening. After a while, you begin to wonder if there is any point writing at all, which makes getting through a plot hole or editing block a struggle, but if you can power through it and persevere, it does get better.

EDF: One thing I have found which has really improved my writing is putting a cooling off period between writing and editing. I used to do my first edit straight after finishing the first draft, but leaving a gap of a month or so helps me to come back to it with fresh eyes.

EDF: Always honest but kind. My current editor, Catherine, writes little comments about the things she enjoys as well as notes to improve, and I appreciate that a lot. She really makes me feel like we are working together to put the best book possible out there.

EDF: Keep going even when it feels daunting, disheartening and impossible. Also, remember that your first draft is not your last draft. Editing is almost as important as writing!

EDF: My newest projects include another historical romance and a dark fantasy YA novel. One of my new year’s resolutions also includes writing a short story once a week, so hopefully that can continue to be part of my writing future too. (So far so good, but it is only February…)

EDF: I’m afraid I leave that to the professionals.

EDF: I prefer fantasy books (I’m especially into V.E. Schwab and Scott Lynch at the moment) but I make sure that I read a wide variety of genres because I think that a good book has a bit of everything in it and you can get inspiration from anywhere. I struggled to read as much as usual during lockdown and homeschooling, so another one of my new year’s resolutions was to read at least a chapter a day before bed.

EDF: I have recently enjoyed Thicket by Sonia Overall, Bones of Faerie by Janni Lee Simner, The Wrong Side of the Looking Glass by Mari Ellis Dunning and Natalie Ann Holborow, Portrait of a Forbidden Love by Bronwyn Scott and The Dark Vault by V.E. Schwab.

For more on Elizabeth and her work, please do visit: