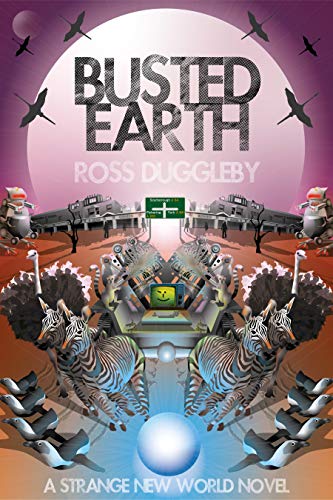 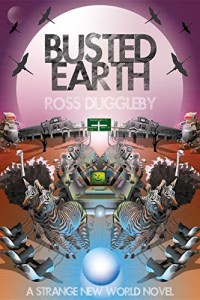 Our planet, as we know it, is in pieces. Billions have perished, millions more are refugees on American soil and somebody broke Facebook.

In Antarctica, alien Derek and his team set out on a mission with seemingly simple orders: get back to Yorkshire, fix the broken spaceship, collect the rest of the colonists and leave this planet once and for all. Simple, that is, aside from… well, reality.

They must first cross an abandoned Africa controlled by the little computer, where even nature itself has been hacked. Europe lies awash with a billion intellectually frustrated Zombies on a desperate quest to rediscover their former humanity.

Then there are the Humans, with a penchant for getting in the way and making things messy – America is on the brink and the displaced European Royals are eager to raise a force to reclaim their stolen homelands.

Ten thousand terrifying miles sit between the Antarctic alien colony and the ship in Scarborough high street. The survival of all of the colonists depends on Derek’s success.

Around the globe, weird armies are massing, inexplicable forces are flowing through the undead and nature is behaving oddly. Derek is about to discover that a lot can go wrong in 10,000 miles…

“A crazy mashup of wildly imaginative reinventions of sci-fi standards, Busted Earth weaves ‘out there’ with ‘down-to-Earth’ in an exhilarating and hilarious adventure spanning our planet which questions the very nature of life itself.” – NON-EXISTENT MAGAZINE

“The best book I’ve read in years!” – My mate Dave, who hasn’t read any other books in years.

“What other book has intellectually-frustrated Zombies, mind-controlled skunks and the Prince of Monaco follow-through farting?!” – Me.