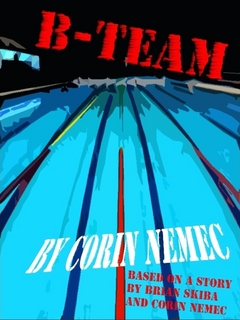 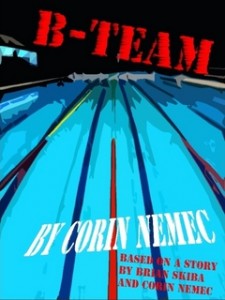 It was 1993 when these 5 friends were on the Jr Olympic Backup Team, and although they never got to compete, they always wished they had. Now in 2019, as circumstance would have it, they will finally have a chance to prove themselves. After the best members of the current Jr Olympic Team are disqualified for vandalizing a Mini-Mart bathroom with their own bodily fluids, the Swim Coach discovers a clause which allows him to put the defunct B-Team back in play. Now in their 40s with outrageous physical impediments, they overcome all odds, including sabotage by the Russians, Chinese, and Canadians as well as an FBI investigation, only to face their true demons, their defects of character. This comedic script will surely entertain.