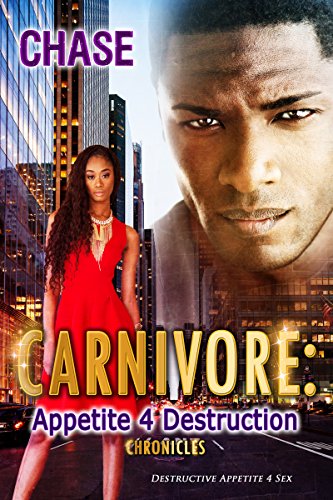 Carnivore: Appetite 4 Destruction is a story based in the New York area about a socialite character named Christine Crawford who is a millionaire because of her father, Donny Crawford. Christine finds love and marries Chad Stone, a man with hidden secrets. Chad’s secrets are slowly revealed, and Christine finds herself battling three addictions: Chad, sex, and alcohol. 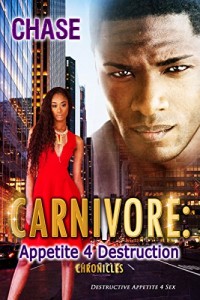 Chad Stone, unable to control his sexual desires, finds himself drawn in by the person he knows as Paulette, not realizing that Danielle is Christine’s step-sister. Tensions turn deadly when Christine is almost killed by the hands of Paulette, which causes the loss of Christine’s baby. The plot thickens when Christine finds out that Chad is sleeping with Paulette. The truth is revealed that Paulette is the step-sister Danielle whom Christine despises. It’s a matter of time before Christine self-destructs from being betrayed by family and friends. Unfortunately for Christine daddy can’t fix it this time like so many other times in the past. She comes close to death and losing it all. Christine realizes that without God, she is nothing.